A Deepening Rift Between Germany and Israel 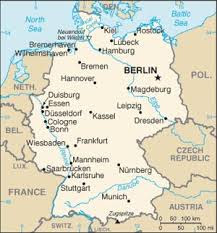 A version of this article appeared in print on March 8, 2011, in The